Bespoke Training Design (BTD) is an umbrella organization supporting projects which offer bespoke solutions to local issues: focusing on health, wellbeing and the environment. The Wildlife Garden is situated on the Cork Road Allotments site in Lancaster, Lancashire, UK. The garden was originally started by Chris Dovey in 2014. Chris was very passionate about regenerating a large plot of land that had previouly been used as a tip.  He recruited a couple of volunteers and land clearance began. Sadly Chris didn’t get to see the fruition of his hard work as he died the next year. His parting words to Nicole were “I’m leaving you in charge.” Nicole brought the running of the project under the auspices of BTD and has secured a lease for the land in 2016. All the work is done by volunteers.

What are we doing?

About half of the landscaping has been done but some major work remains. The underlying ground is unsuitable to be worked so major earthworks are in progress to create a number of connected ponds and water features in the lower half of the garden.  Large plantings are ongoing for plants for seed harvesting and the growing on of cuttings for next years planting.  The only good soil on the site is several tons of soil gathered up by the Cork  Road Allotment association when they did their paths which they kindly donated to the garden. This is a valuable resource that will be carefully applied to build up growing beds and for reshaping the lie of the land.

We are working to massively increase the biodiversity of the site and have already built up a stable planting of hundreds of species where before there were only a handful. The impact has been tremendous with a noticeable increase in the number of visiting butterflies, moths, hedgehogs, bats and birds.

Why are we doing it?

Being involved in the regeneration of land is a powerful experience. It is hard to express the satisfaction of being part of a group working together towards a common goal.  Then again the cameraderie is also great fun. The ultimate goal is to create a beautiful space accessible to visitors and to create a dynamic enriched environment carefully designed to maximise the positive impact on fauna and flora. 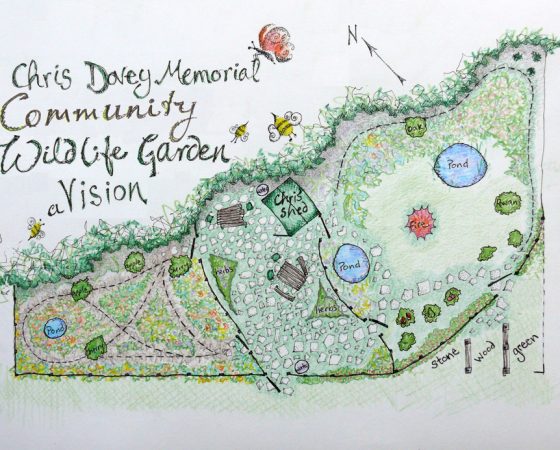 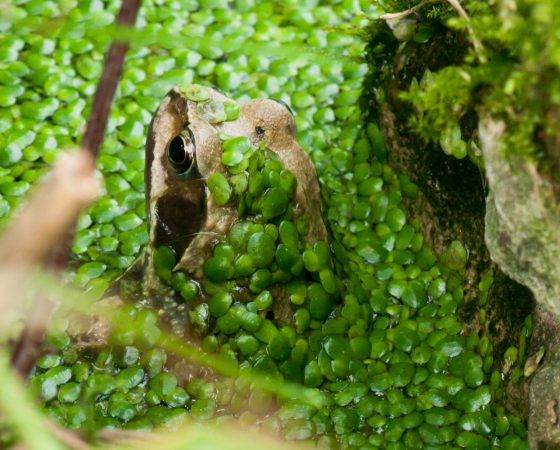 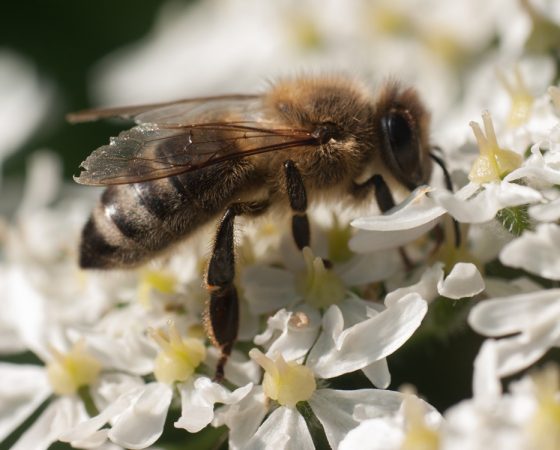 Some of our team of volunteers: 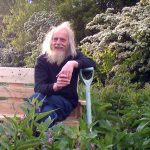 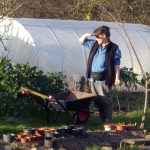 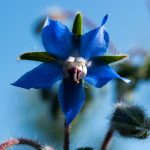 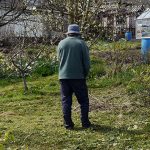 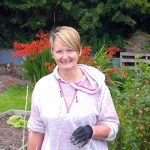 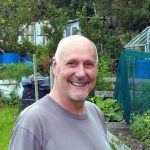 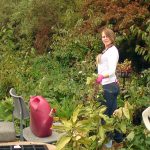 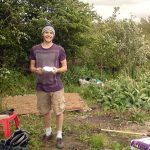 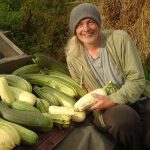 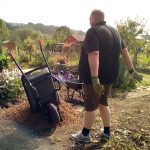 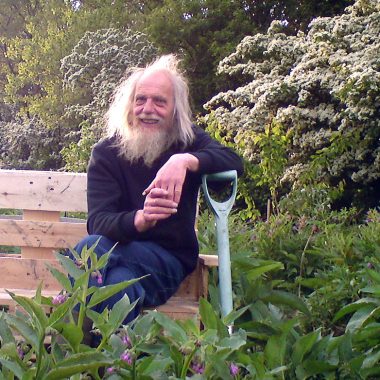 Chris was the primer mover in the early stages of the project, he put huge amounts of effort into starting the land clearance removing skips full of waste. He is fondly remembered by all who knew him. 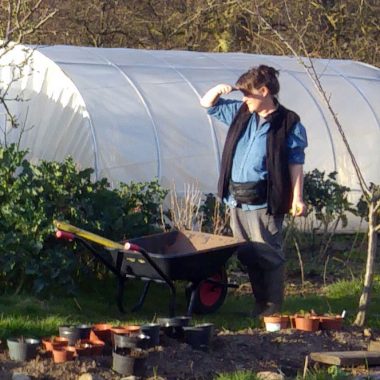 Nicole is project coordinator which involves spending most of her time with a strimmer battling the comfrey. 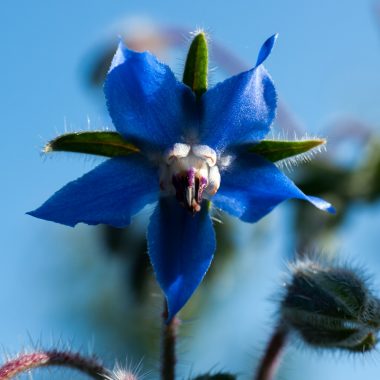 Cathy is currently managing the plantings for the top half of the garden and her consistent attention has made sure everything has survived the droughts. 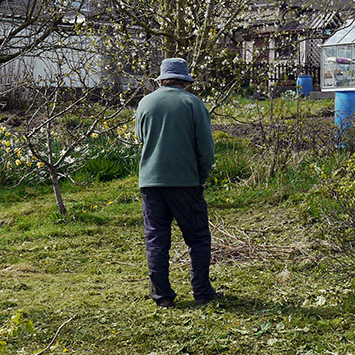 Mostly does be gardening and watering,  lots of watering. 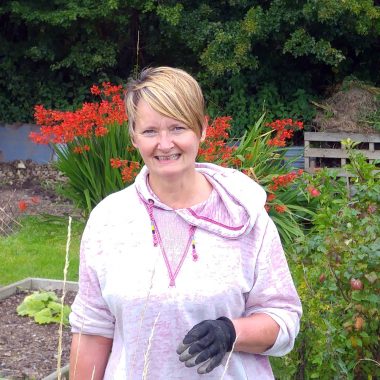 Andrea has been a part of our emergency weeding and watering team for some years now. 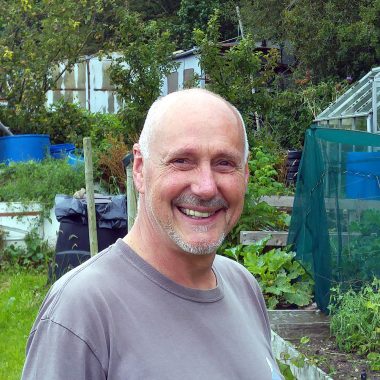 A key player in the drought response team Mike has also regularly helped out with major landscaping  tasks. 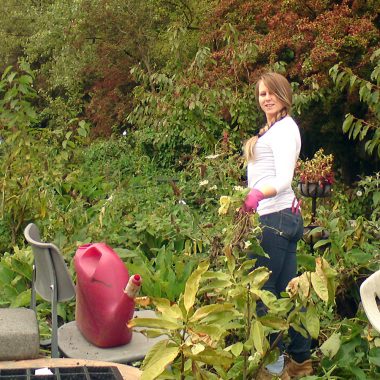 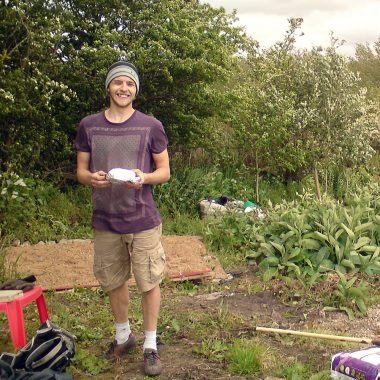 Jet setting entrepreneur and business consultant. James’s enthusiasm seems to know no bounds and the bigger the job the happier it seems to make him. 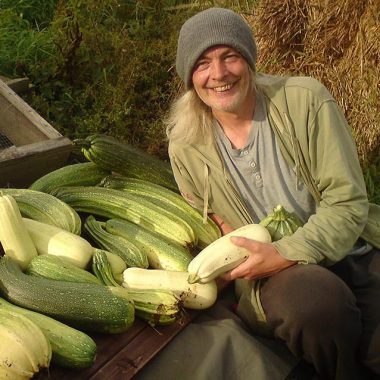 Al started helping Chris with the wildlife garden in 2014 and has carried on volunteering since it became a BTD project. Al loves photography and is hoping to document the growing number of bee species visiting the site. He doesn’t really do much but makes a good brew, loves to chat and takes wonderful photographs. He also built this web site. 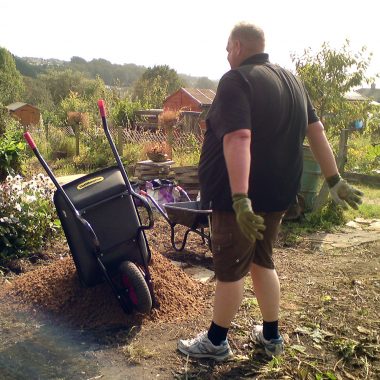 Andy only came to volunteer once but he threw himself into the work with such vigour that we’ve included him here to represent all of the many volunteers that have only come a couple of times but who have all helped move the project on tremendously. There are literally too many to list.

A few words from our volunteers

The wildlife garden is such a beautiful space to create and help others, I always come away with a fresh perspective and, more energy! Even after working hard!

I keep myself busy and I tend to overdo things. But spending time at the wildlife garden really refreshes me and helps me relax. Its a beautiful place with a wonderful community.

I got interested because of Cathy and Maurice who taught me everything I know about gardening.  Now I take the kids up and do small jobs like gathering seeds. As long as I have a tub of macaroni I can stay up there all day. Perfect. 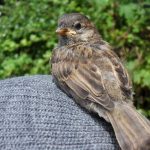 I love the wildlife garden. I don’t get there as much as I would like. Every time I visit I see something new and wonderful. I love the social side and its a great place to take photos. 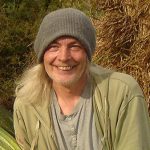 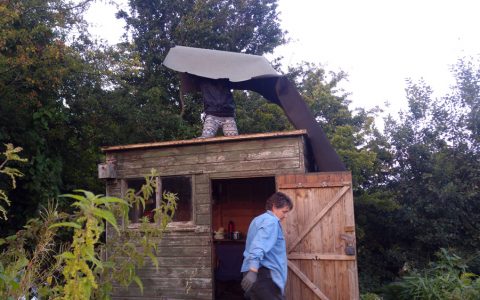 The wildlife garden’s shed roof has been in need of repair for a while. Yesterday Nicole and Chloe spent the afternoon and evening replacing the roofing felt and generally repairing the shed. Th...
Read More 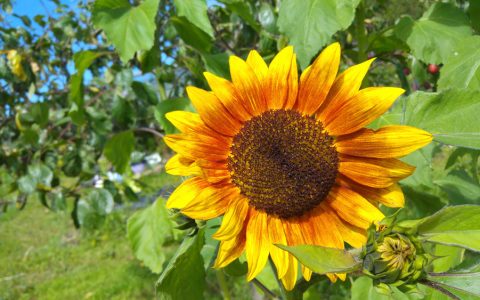 A brief photo shoot in the wildlife garden

A little misleading title in that we are including some photos from trial beds that volunteers are growing for observation and seed production for next year. What I observed in my wanderings yesterday...
Read More 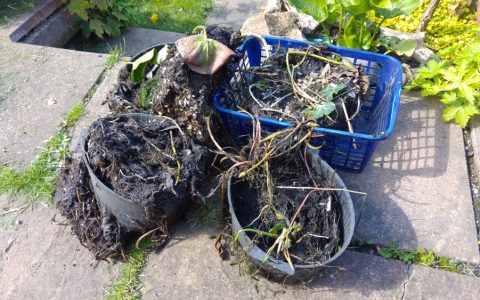 A big thank you to Greg from Lancaster who has just given us a lovely donation of 4 fantastic lillies with massive root balls. These are going to be perfect in the ponds. They’re already housed ...
Read More
Read All

Video of the Week

Chloe has made a video of helping out on the garden